No Result
View All Result
Get Started 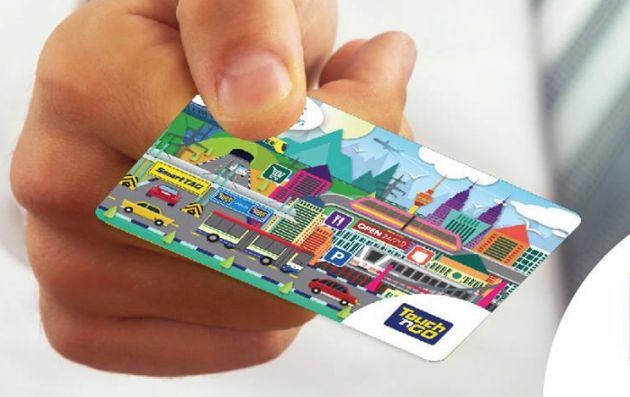 Touch ‘n Go has revealed that it will be launched a new version of its card that comes equipped with near-field communication (NFC) technology in the coming weeks, The Malay Mail reports.
According to TNG Digital CEO Ignatius Ong, users will be able to top up the balance of the new card using an NFC-enabled port via the TnG eWallet app. Currently, TnG cards can only be reloaded at dedicated kiosks or counters that offer reload services.
“The Touch ‘n Go card that we have in circulation for the last 20 years does not have the capability to directly top up your cards from the eWallet because you need a specific card reader to actually do the transactions for security reasons,” Ong said during a panel discussion on the second day of MyFintech Week 2022 today.
The only link between a physical TnG card and the eWallet app now is the PayDirect function, where toll charges are first deducted from the eWallet balance instead of the balance on the linked card. Only when the eWallet’s balance is exhausted will toll charges be deducted from the physical card’s balance, although this can be prevented by enabling the auto-reload feature in the eWallet.
Such an idea isn’t new and was mooted by TnG in January last year, although the planned introduction by the end of 2021 didn’t happen. It goes without saying that you’ll likely need a phone with built-in NFC to reload the new TnG card using the eWallet app.
Comments
then.. just place your card on you windsheild only la.. settle adui
High time to end legacy system and move on towards RFID. Plain BS to remain in the past.
then we may don’t need the physical card if this NFC can be enable at you own device e.g. phone, smartwatch
So charge us for another rm50 bucks this time?
Already in the pipeline, make u pay for rfid, then pay for high tech card if u want convenient to top-up. Then 2025 phase out tng card.
“Get it at your nearest convenient store or petrol station at only RM 49.90!” – likely what will be announced.
In all seriousness, I don’t have major issues with this product but when can we cut the bureaucracy and move towards a reliable, uniform system/technology? You are not selling iPhones. You don’t need a new tech once every few years, only to realise how flawed it is.
P.S. yes, I’m aware of the whole masuk my pocket masuk your pocket shenanigan
still miles behind octopus-card and easylink-card
Its the same as an easylink-card dumbass
Wait for it, they gonna charge a premium for the new card.
This will be criticised by some, for sure. The kind that thinks they are somehow entitled and only know how to find faults with everything. You see this everyday. In life they are actually LOSERS. So they have to find fault to make themselves better.
L-O-S-E-R-S HAHA!
Did you feel better after posting this? Finding fault in others is fun, yes?
when do you want to go back tanjung rambuta?
Nothing better to do, finding ways to earn money from customers
buat duit lagi
What the actual tahi. Buy??? Why not let the people replace their existing card as said before?? Again sucking peoples money! Daylight robbery but Malaysians will just buy since no choice.
They should just come out with prepaid card with tng function, can use tng balance thru ewallet apps rather than just top up with ew only. It’s already very convenient to top up tng at everywhere, we need convenience to get out from tng, not just in…
but but but…2025 all TNG & Smartag to be phased out…
They should learn from SG, and HK…. but…. as usual the ppl there bodoh sombong.
They suppose to have learning curve, but the shape is different. Instead, it’s a spiral, going south.
For years they did nothing. Now when their monopoly can possibly end (I’ll believe it when it happens) do they actually try to improve the customer experience. I say good riddance T&G.
Wow, is this the best solution for TnG to go forward?
Just curious as later come out to claim NFC is going to be obsolete after apply nationwide.
Zing card doesn’t require physical contact with card yet can reload automatically from credit card. What is the difference? Want to promote eWallet yet cannot use eWallet at reload center/point!
And this card has been around more than 10 years..why couldn’t TNG just link this to debit cards too as everyone has a bank account
Hi. Any news new TnG card?
Has this been launched/released yet?
almost step into April, where is the card?
Add a comment
required
required

On the face of it, TikTok and small businesses do not seem like a match made in heaven. The popular...

A new circular from the Treasury has revealed that all federal ministries and their departments will now accept e-wallet payments...

Cryptocurrency bill: All top countries where crypto is legal, illegal or restricted - The Indian Express