About Us
Advertise
KUALA LUMPUR, Aug 6 — Razer is ending its Razer Pay eWallet service in both Malaysia and Singapore. Gaming-centric brand has posted a notice on its website informing that Razer Pay (Beta) will end on 30th September 2021 and they thank everyone for supporting them.
According to the notice, they were able to test-bed multiple products and features during the beta launch with the valuable feedback received from their users and partners. It said that Razer is committed to ensure that all account withdrawal and closure processes are user-friendly and compliant with regulators. 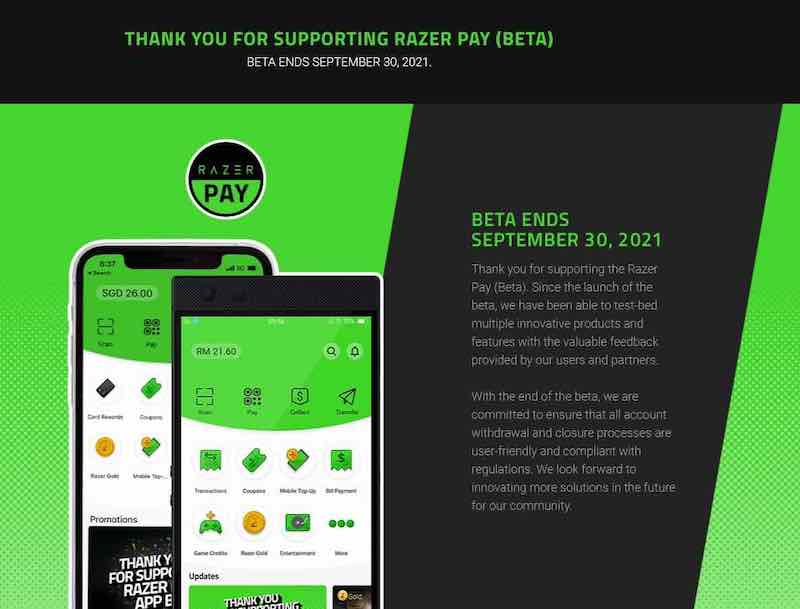 If you still have credit in your Razer Pay eWallet, you can continue to use it until 31st August 2021. — SoyaCincau pic 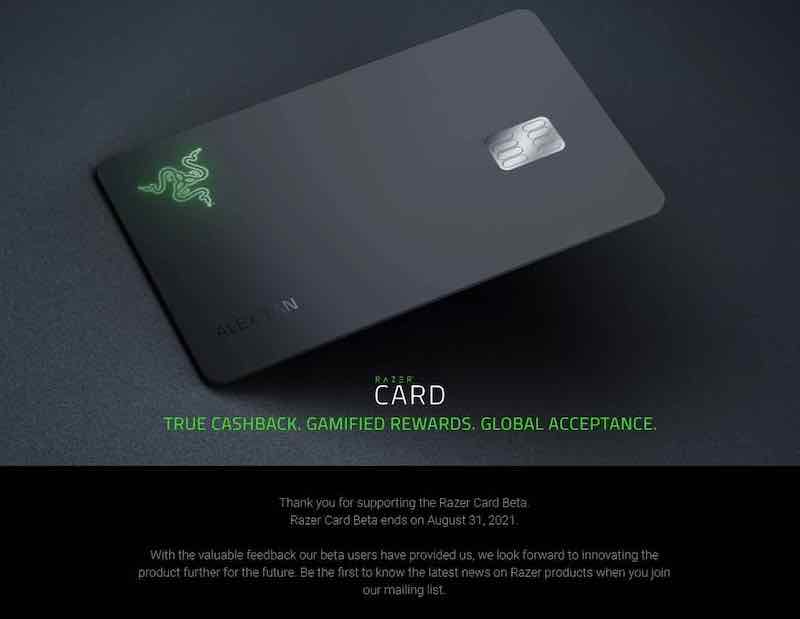 For those who are still using the Razer Card, it can be used for payments until 31st August 2021. — SoyaCincau pic

For those who are still using the Razer Card, it can be used for payments until 31st August 2021. Razer Pay (Beta) officially ends on 30th September and the app will no longer be available from 1st October 2021. 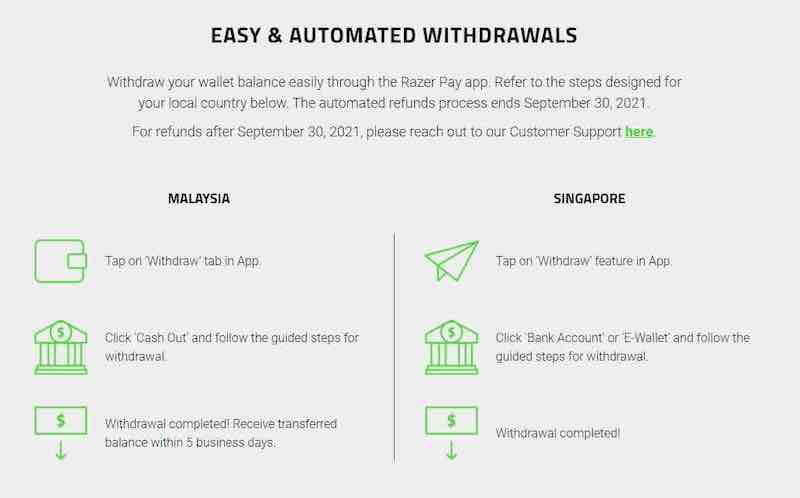 To take out your remaining Razer Pay eWallet balance, Malaysian users can tap on the ‘Withdraw’ tab, click on cash out and follow the provided steps. — SoyaCincau pic

To take out your remaining Razer Pay eWallet balance, Malaysian users can tap on the “Withdraw” tab, click on cash out and follow the provided steps. After the steps are completed, you should receive your funds within 5 business days. For Singapore Razer Pay users, you can tap on “Withdraw”, click on “Bank Account” or “eWallet” and then follow the steps.
For more info, you can check out the official FAQ for both Malaysia and Singapore. If you need help, you can contact them via support in the app or via Live Chat.
Razer Pay was first launched in Malaysia in July 2018 as a joint partnership between Razer and Berjaya Corporation Berhad. The following year, they launched the Razer Pay Beta in Singapore. In October last year, Razer even introduced their very own Razer Card that lights up when you pay and it was limited to 1,337 selected users for its beta programme.
In Malaysia, consumers are spoilt for choice when it comes to eWallets. It appears that Razer has struggled to compete with the likes of GrabPay, Touch ‘n Go eWallet and Boost. It’s worth highlighting that Berjaya Group linked telco, U Mobile, had launched its GoPayz eWallet service a year after Razer Pay was introduced in Malaysia.
In December last year, Razer failed to secure a digital bank license in Singapore. Razer Fintech CEO Lee Li Meng responded by saying that their strategy of extending the Razer Fintech business into digital banking remains unchanged. He added that Razer Fintech has already been engaging other jurisdictions in parallel while awaiting the results of the Singapore license. — SoyaCincau

A Paradise for Holiday

You can find out more about which cookies we are using or switch them off in settings.

This website uses cookies so that we can provide you with the best user experience possible. Cookie information is stored in your browser and performs functions such as recognising you when you return to our website and helping our team to understand which sections of the website you find most interesting and useful.

Strictly Necessary Cookie should be enabled at all times so that we can save your preferences for cookie settings.

If you disable this cookie, we will not be able to save your preferences. This means that every time you visit this website you will need to enable or disable cookies again.